How do you go from client services to preparing data for National Hockey League player contract negotiations? Daniel Tolensky has the details. In this episode, Tolensky discusses doing FP&A in the advertising industry and online gaming industry, how he got his start as a hockey blogger, and how it led to his role helping a major sports agency represent NHL players at the negotiating table. 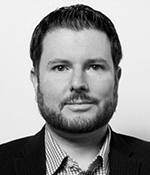 Daniel is currently the Chief Financial Officer of Extreme Group, an advertising agency based out of Toronto and Halifax. He has a Business Degree from the Schulich School of Business, his Certified Management Accounting Designation and studied negotiation at the Harvard Business School.

Daniel is also a recognized hockey writer who has been a member of the Professional Hockey Writers’ Association and penned stories for TSN.ca and The Hockey News. Daniel has been referenced on Hockey Night in Canada, among many media outlets and has appeared on multiple radio shows – including a regular guest spot on XM’s ‘Business of Hockey’ show.

Keep the conversation going on AFP Collaborate. Get started.